The Man From the Gossamer Ridge Book Review Alicia Solan is a criminology professor who is busy with her research on serial killers, unaware of the fact that she is getting talked by one. She finds herself in coincidental events of meeting Gabe Cooper, which turns out to be not much of a coincidence as the story progresses. Gabe Cooper is a handsome and sexy Southern Lawman who feels guilty for an unsolved case in his past. Now he is determined to find the killer in the new town where the killer is behind Alicia. Cooper will do anything to save Alicia to bring the killer to justice this time.

Alicia is not well aware of the intensity of the situation and feels Cooper is overdramatic when he insists on moving in with her. Coopers finds out that Alicia has been over her traumatic past and is not more independent than ever. It builds up his desire to tell Alicia how he feels, but he must stick to his path of finding the killer. Gabe knows that the killer they are dealing with is not a normal criminal, and Gabe will also cross every limit to get what he wants. It all depends on Cooper, either letting Alicia know about him or letting the killer have his way.

Paula Graves is a popular American mystery romance writer who has written tons of books on exciting murder mysteries and romantic dramas. The Man From the Gossamer Ridge is her sixth edition to the Cooper Justice series published by Harlequin Intrigue publications. Paula always tries to project her real-life incidents and conversations with people into exciting stories, which the readers connect with easily. She is known for making the best romantic mystery stories published under Harlequin, and this is just another good read for anyone who is looking for some action. 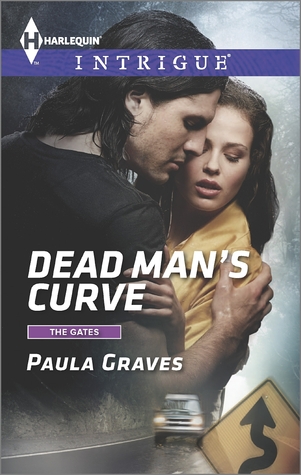 The Man From the Gossamer Ridge is an enticing novel in the murder mystery romance category of novels. It is one of the well-written books by the writers in this genre, which takes its time to establish the plot and create a chemistry between the characters in the most natural way. There are also six other titles in the Cooper Justice that one can read, but this book can be read without a problem and need of reading the other books. It is a title that complements Mrs. Graves’ writing skills as she creates an emotional and suspenseful drama for the readers for a compelling read. Be ready to be on the edge of your seat as you reveal the secrets that unfold in the book. While some readers felt the connection between Alicia and Gabe is not as steamy as the other couples in the rest of the books, another side of the readers felt it was very well portrayed to justify both the characters’ emotions. Nonetheless, it is a good read for all age groups with an exciting climax one can wait to read.